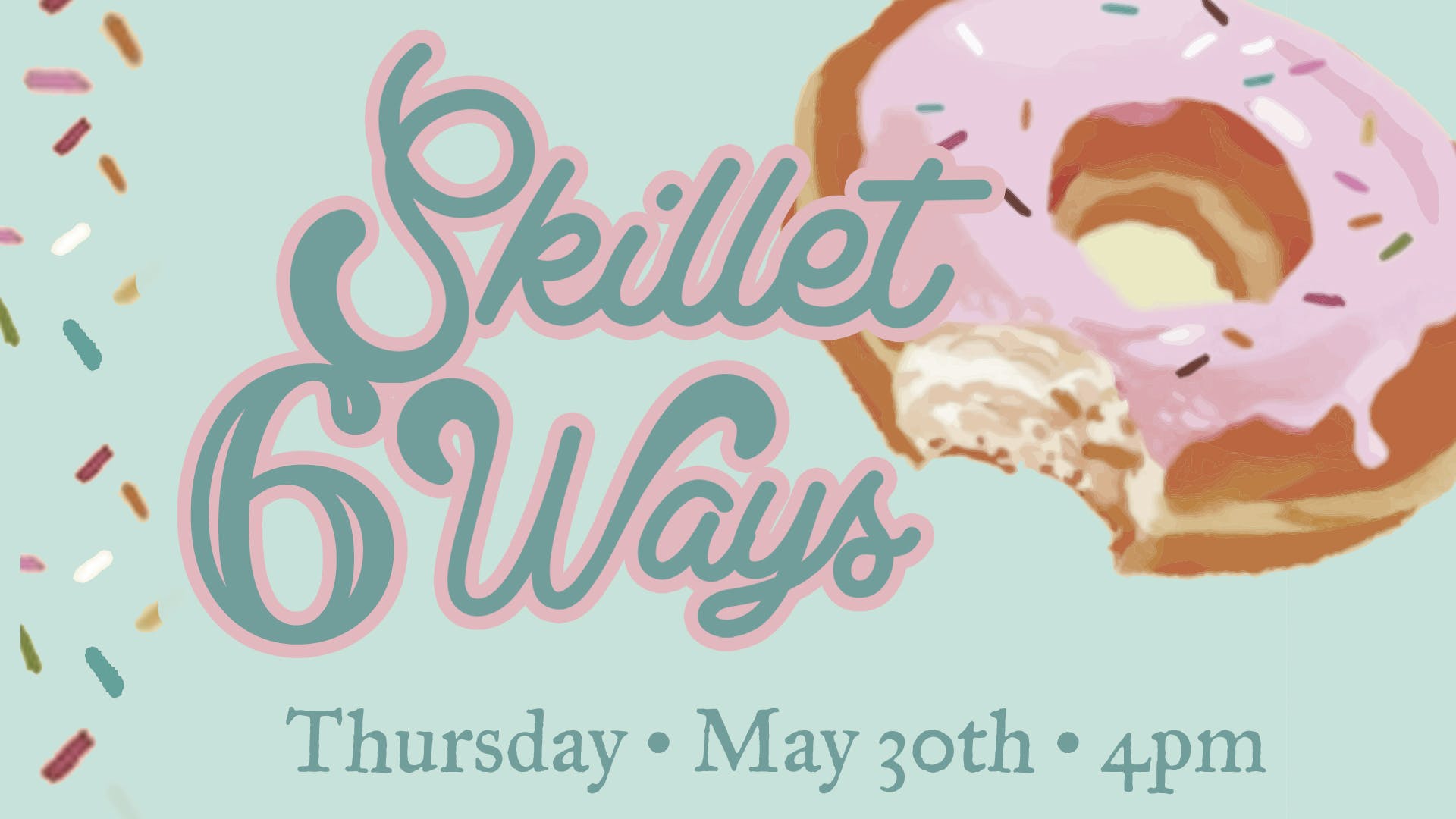 Skillet 6 ways return to show case 6 different Skillet variants paired with Vortex Doughnut pairings. In addition to 6 Skillets on draft and doughnuts, we will also be releasing 16oz cans of Seasoned Skillet, our beloved donut stout aged in Bourbon Barrels for a year as well as Mexican Chocolate Skillet Donut Stout, aged on vanilla, chocolate, cinnamon and habanero peppers
We will be pre-selling flights and doughnut pairings from 2-4PM outside of the front of the building on Collier Avenue as well as cans of Seasoned Skillet and a new Skillet variant- both in 16oz cans. If you purchase a flight and a pairing you will receive tokens and tickets to provide to the bartender once we open the doors. The Taproom will open at 4PM today where can sales will continue, doughnut pairings will be available (first come first serve) and flights will be poured.