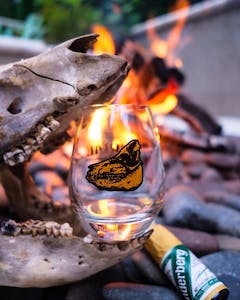 TICKETS ON SALE STARTING TUESDAY 9/3 12PM at www.burnpileavl.com! Visit the website now for a full run-down on ticket packages, volunteer opportunities and more!

Burnpile 2019 presented by Burial Beer Co., hosted by Forestry Camp Bar and Restuarant located on the same historical property as Burial Beer Co.’s production facility and barrel house. This sprawling 2 acre property will have 6 pouring stations featuring 60+ different breweries from around the country and world; a Burnpile featured cocktail and wines from Ruth Lewandowski, Rootdown, Pleb Urban Winery and Idlewild.

VIP Beer and Other Release Pick Up Information:

VIP tickets and bottles are available to purchase starting on Tuesday September 3 at 12PM. We will be releasing more pre-sale special releases on Tuesday October 1 at 12PM for purchase. The beers being released for pre-sale on 10/1 will be available to both Burnpile ticket holders and non -ticket holders. We will release information regarding the 10/1 pre sale beers on or just prior to 10/1.

So you can enjoy your time at the festival hands free, VIP bottle pick up along with any other pre-sale purchases will be hosted at Burial’s Taproom, located at 40 Collier Avenue on the following dates and times: Wednesday 10/9 2-10PM; Thursday 10/10 2-10PM and Friday 10/11 12-10PM

*Please bring a valid ID with you. Bartenders will have a list of individuals and purchases and will not send beer with someone who does not have a matching ID to the name on the order. We cannot allow someone else to pick up your beer unless they provide you with their physical ID.

**If releases are not picked up within the above timeframe, the purchaser forgoes the purchase back to Burial Beer Co.

* Off Topics are intimate interactions with brewers and brewery representatives who discuss brewing industry trends, challenges and what drives them daily. Beers will be shared during these Off Topics that will not be available at the festival.

12:30PM- on stage for ALL VIP (1 + 2)
Out of the Mist: Awakening or Eternal
with Bearded Iris Brewing and Pinthouse Pizza

2:00PM- for VIP2 Ticket Holders ONLY
Mixed Culture: Modernity for an ages old practice
with Our Mutual Friend Brewing Company

3:00PM- for VIP2 Ticket Holders ONLY
Follow the Barrel: the impact of wood in fermentation
with Holy Mountain Brewing and Jackie O’s Pub and Brewery

4:45PM- for VIP2 Ticket Holders ONLY
Into the Void of Darkness: a study on what makes the biggest of beers
with Evil Twin Brewing and WeldWerks Brewing Co.