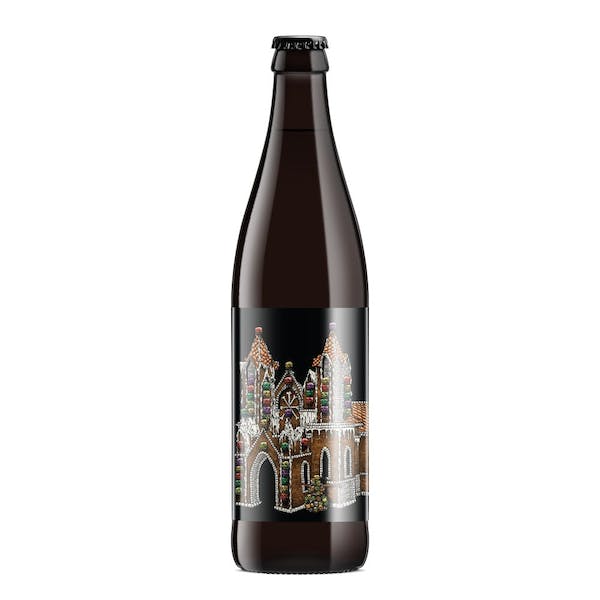 The Subversion of A Paradigmatic Undercurrent

For we used to be a lot of what we are no longer. And that is the beauty harnessed from the  miracle of change. Yet seemingly that undeniable concept is void this time of year. In the throes of human fables. So this is what we leave you to ponder, candy buttons and all. This beer is a signal that winter is indeed here, as our Imperial Stout program settles in to illegal formation with our strongest fermentations of all time at the root of this beer. In order to be made satisfactory for the regulators this beer was blended down with 3 other stout bases to mitigate its power and add complexity. We fermented the base with molasses and then aged the blend with fresh French Broad Chocolate Cocoa Butter, vanilla beans, maplewood smoked sea salt, fresh ginger, and Spicewalla cinnamon. Toss the ole bow on it, and saddle up to warm gingerbread cake, topped with vanilla bean frosting, and white chocolate bark