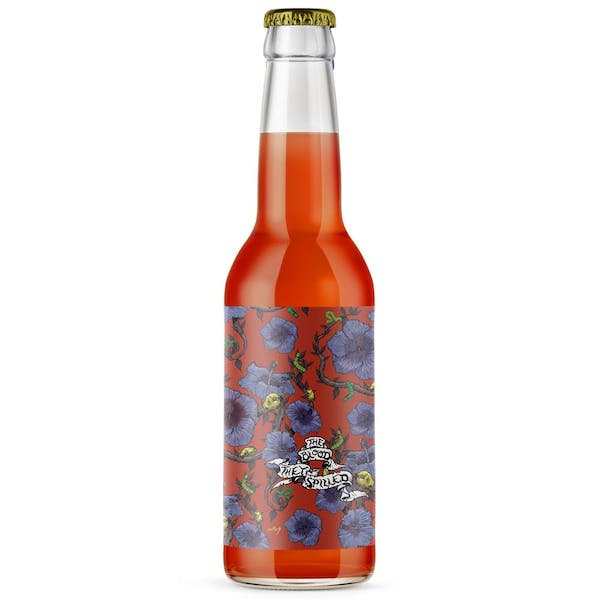 The Blood They Spilled

The brooding sense of camaraderie never goes away. It sits there until opportunity arises and ideas don’t need forced. The best ideas. The ones that damn sure don’t need a second thought. Until they are taken from you. Then the idea, becomes the story of the idea itself. And we are left to ponder whether the idea was ever the idea anyways, or simply the gateway to a bigger understanding. A collaborative sense of misunderstanding with our friends at Zillicoah. The brotherhood between John Parks and our very own, Scott Ciampa, is a long one. And we think its badass that they get to share their journey with you. A select blend of three different wonderfully developed barrel-aged golden sour ales, aged with a fresh Blood Orange Zest, Jamaican Hibiscus flowers and a tiny dose of pressed Bull’ Blood Beet juice for color. The bright fuchsia tones pulled from beetroot is accented finally by a dry hopping with Nelson hops. A melange of dried berries, spiced orange, and dried flowers, a rocks glass of cranberry Cape Cod, and a flute of bubbly Marlborough Sauvignon.