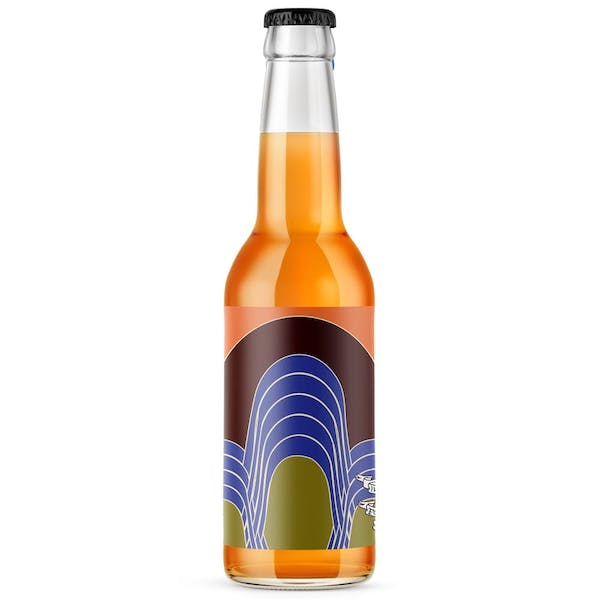 Ain’t mental to just stay in vegging out than to go partying. But who the hell wants that these days? I mean you don’t need to get fried all day, when there are adolescent-era jams, neon lit underbergs, endless beverage buffets and aimless conversations to distract you from sleep. So we did that instead, you know, for each other. Tis a far far better thing doing things for other people. This beer is a collaboration with a legend of the Asheville world, Kristen Oxtoby, otherwise known as the creator behind These Hollow Hills. And with the help of a seed fund of enthusiasm from the good folk at Pantz Lyfe, we were able to launch this bastion of bar-dancing fuel. This beer began as a Golden Lager made from Epiphany Craft Malt and Riverbend Malt Barley and Wheat. We aged the beer with house mixed culture for 18 months in neutral oak and then racked the beer into the freshly-dumped oak barrels of our first-ever vintage of wine from the Visuals program, our Mendo-grown Grenache. The beer was blended with house-made sparkling water and freshly grated grapefruit zest, before naturally carbonating in the bottle. The final palate is filled with Slovenian Pinot Grigio, Pamplemousse soda, and iced tea of white peppercorn and Meyer lemon. As enlightening as finding meaning in a Pauly Shore movie.